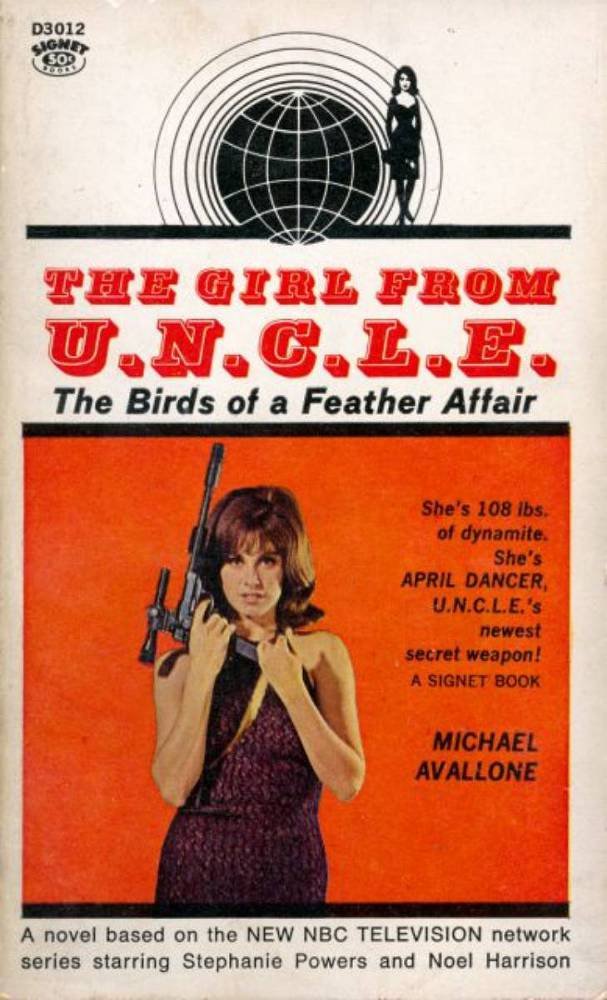 THE MAKING OF AN

"If you're going to kill a man with your bare hands, Miss Dancer, make certain you know where the beggar's feet are. It's a mistake you won't be able to make twice."

"Mais non, my dear April! Once you have made your thrust, recover immediatement. You will not want to be covered with the blood of your victim, n'est-ce pas?"

"It's in the form of a harmless jelly compound, April. Light it and it just flares harmlessly. But if you contain it in some tube or cylinder, it would destroy this whole building."

"Nitrogen narcosis, Dancer. If you stay down too long or too deep, you'll get silly in the head. Maybe hand your oxygen filter to a shark or go dancing with an octopus. So make certain you never go down to great depths without another experienced diver. Got me?"

—April Dancer, standing before a mirror

Where the Spies Are (Passport to Oblivion) by James

Introducing the reluctant spy, Dr. Jason Love, in a suspense-filled adventure that takes him from his quiet English countryside to Rome, Teheran, and Canada* An MGM motion picture starring David Niven and Francoise Dorleac. (#P2839—60?)

From Russia, With Love

A spine-tingling thriller about a British agent and the lovely Russian girl who lures him into a deadly trap.

The Venetian Blind by William Haggard

Countdown for a Spy by Don Von Eisner

To Our Readers: If your dealer does not have the Signet and Mentor books you want, you may order them by mail enclosing the list price plus 10? a copy to cover mailing. (New York City residents add 5% Sales Tax. Other New York State residents add 2% plus any local sales or use taxes.) If you would like our free catalog, please request it by postcard. The New American Library, Inc., P. O. Box 2310, Grand Central Station, New York, N. Y. 10017.

Published by The New American Library

SIGNET BOOKS are published by

printed in the united states of america

This one is for my sister Grace,

who taught me my first steps

The letters U.N.C.L.E. stand for United Network Command of Law Enforcement. This is an organization of unusual quality and outstanding ability; its main function is to defeat the forces of global operations that seek to subjugate civilization as we know it beneath the hell and totalitarianism of tyranny.

To combat all the deadly isms, there is U.N.C.L.E. No other arm of counter-intelligence and espionage exists in which the range of counter—ism endeavor is so nonparochial and far-flung. The personnel of U.N.C.L.E. is intentionally multinational and multilingual. All races, colors and creeds combine their efforts to block any world power or underground organization that attempts to unbalance the scheme of things by force.

U.N.C.L.E. is subdivided into six sections:

There is a profitable overlap of one Section into another. Section II is perhaps the most vital of all the departments in that it is there that the all-important job of execution of the work of the other five sections truly solidifies into reality.

For there is one country, one force, one power, whose entire raison d'etre is world domination. Out of this country has come an organization of supra-people who seek to rule the universe and are known by the code name of THRUSH.

U.N.C.L.E. is the only answer for THRUSH.