Fill in the verbs. — Вставь глаголы.

Fill in the words from the box. — Вставь слова из рамки.

Speak for yourself. — Расскажи о себе. 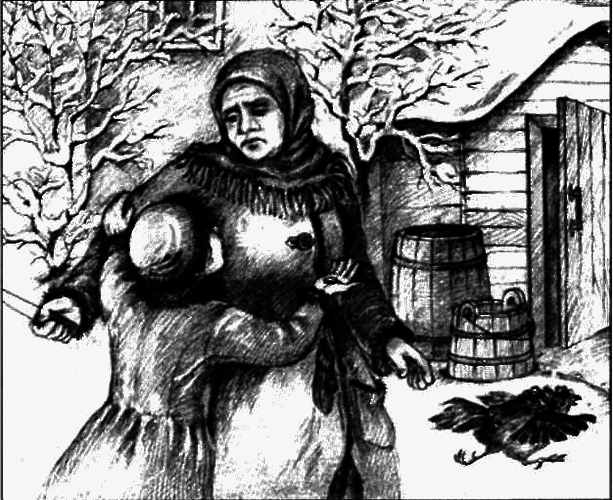 This story happened many years ago in St. Petersburg. The city was not as beautiful as it is today. Some of the houses were still wooden. Bridges were old and narrow.

There lived a headmaster of a school for boys in this city. The school was not very big. Boys studied and lived there. Some of the rooms were classrooms and bedrooms for boys. The headmaster with his wife and two Dutch ladies lived in the other rooms. The ladies were very old.

There were thirty or forty children in the school. One of the boys was Alyosha. He was nine or ten. His parents lived far from St. Petersburg. Alyosha was a nice clever boy. He always studied well. Everyone was fond of him.

On Saturdays, all Alyosha's friends went home to their families. But Alyosha stayed at school. He felt lonely without his parents. On Sundays and on holidays he was alone all the time. Then he read the books from the headmaster's small library. Alyosha liked fairy tales and stories about noble knights.

He knew much about many famous knights. He liked to imagine himself in a knight's castle or in a dark forest.

The school had a large yard with a wooden fence. Alyosha always played there. He liked to come up to the fence. The boy often looked through the round holes in the fence. Alyosha hoped to see a good fairy in the street some day. He wanted to get from her a toy or a letter from his mother and father. But he never saw any fairy.

During his walks in the yard Alyosha also liked to feed the hens. They lived in a small hen-house near the fence. The hens played and ran all day. Alyosha knew them all by name and often gave them small pieces of bread. He was fond of a black hen called Blacky. She liked him too. Blacky even let him touch her. Alyosha kept the best pieces of bread for her. Blacky was a nice and quiet hen. She didn't fight with the other hens. She liked to play with Alyosha more than with other hens.

It was a warm day in winter. Alyosha came out into the yard to play. The headmaster and his wife were very busy that day.

"We have a very important guest today. It's the inspector of schools," the headmaster told Alyosha. "I'm going to buy meat and cheese and fruit for dinner."

And the headmaster went away. Alyosha helped to decorate the house. Then he decided to play in the yard. First he came up to the fence and looked through a hole. There was no one in the street. Then the boy went to his hens. Suddenly he saw the cook with a big knife. He didn't like the cook. She was an unkind woman with a loud voice. She was always angry.

"She's going to catch a hen. It's terrible! But there's nothing I can do. I can't help my friends now," Alyosha thought.

"Alyosha, Alyosha, help me catch a hen!" shouted the cook.

But Alyosha ran faster. Then he hid behind the hen-house. The tears from his eyes started falling on the ground.

Alyosha stood behind the henhouse long. The cook still tried to catch a hen. Suddenly the boy's heart started beating harder. He heard the voice of his dear Blacky. He must help her! Alyosha ran up to the cook.

Blacky flew up to the roof of the hen-house.

The cook was angry. She wanted to tell the headmaster about Alyosha. But he came up to her and said:

"You're so good, nice and kind. Please, don't take my Blacky! You can have this."

Alyosha took an old gold coin out of his pocket. It was a present from his grandmother. The cook looked at the coin. She liked it. Alyosha wanted very much to keep the coin. But he gave it to the cook to save his favourite hen.

The cook went back into the house. Blacky flew down from the roof and came up to Alyosha. All morning she followed the boy around the yard like a dog.

"She wants to tell me something," thought Alyosha. "But she can't do it. She is only a hen."

1) When did this story happen?

3) What did Alyosha do on holidays?

5) Why did the cook want to catch a hen?

6) How did Alyosha save Blacky?

1) There were fifty children in the school.

2) Alyosha liked to read stories about hens and dogs.